When given opportunities out of the blue I consider them a blessing and I can’t help but to feel excited and hopeful. My friends, every day is a new opportunity and we always have a reason to say thank you. Today, I have many reasons to be thankful.

Remember this: Every day is a new opportunity. Remember, you can build on yesterday’s success or you can put all your failures behind and start over again. That’s the way life is a new game each day.

well I never thought of it that way

It’s always going to be a game between success v failure. You need to think of each thing that comes your way as an opportunity, and if if you don’t take it, you’re not doing yourself a favor–at least that how I view things.  This Michael Jordan quote hits me hard: I’ve missed more than 9000 shots in my career. I’ve lost almost 300 games. 26 times, I’ve been trusted to take the game winning shot and missed. I’ve failed over and over and over again in my life. And that is why I succeed.

Mike’s telling you he succeed because of all of the chances he took. Sure it sucks, but sometimes you’re going to fail before you succeed, but when you do you’re going to shine brighter than the sun.  Put yourself in uncomfortable situations. Success isn’t something that is suppose to come easy, so it wont. If you want something badly enough, you have to work for it. 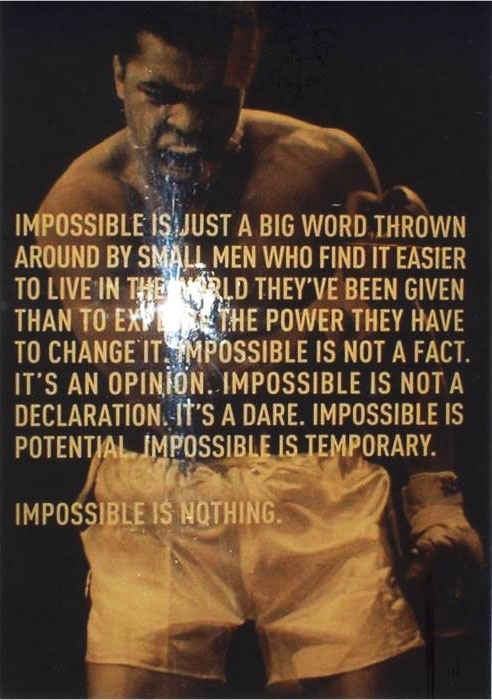 Don’t make words like failure or impossible an option.

reviews by kendal ann
What's this?